Onstage and off, guitarist Tuck Andress and vocalist and arranger Patti Cathcart might, at first impression, strike you as an odd couple. Cathcart exudes the soft, centered yet powerful graciousness of a gospel singer; Andress almost wears his brain on his skin, anticipating the thousands of musical decisions he’ll have to send to his ten fingers during the course of a performance. And yet, with over 30 years of performing together and almost as many years of marriage, the devotion forged by this extraordinary couple shows no sign of dimming from the pressure of familiarity.
Andress and Cathcart first met in the Bay Area in 1978. They knew almost instantly they that found lifetime musical partners in each other, so they formed a duo, guitarist and vocalist. Friendship and collaboration grew to love, and the two were married in 1981. Their recording career took off when Windham Hill Jazz signed them for 1988’s groundbreaking Tears of Joy. This and several other Windham Hill albums put them on the map, and they’ve been solidifying their career, their musical conversation, their technique, and their love together ever since. They now have their own recording studio, as well as their own label, T&P Records, which licenses their CDs to major labels for distribution around the world. They tour Asia and Europe often, and they enjoy taking occasional time off from touring to teach at their Bay Area home, as well as doing workshops while on tour.
Tuck & Patti’s latest album, I Remember You, was released in 2008. What’s on the album? Love songs of course, from the Great American Songbook, inspired by Ella Fitzgerald and Joe Pass. “They are gorgeous tunes, with grand lyrics,” shares Cathcart. “And they sing unabashedly, unapologetically, about love.” “To have every song feel like it’s a dream to play, it doesn’t happen for every performer, but for us, it happens,” says Andress. Smiling, Cathcart adds, “You know, I think this conversation is going to last a lifetime.” 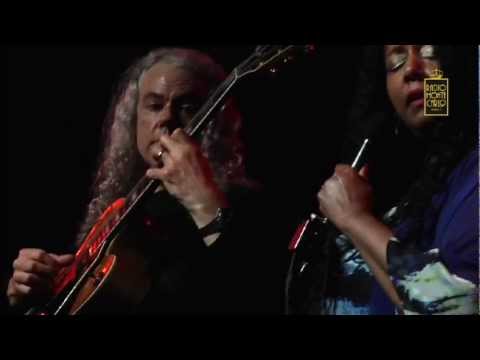