Walk or wander into the world of jazz. Ron Carter is there.

His reputation in the music world is peerless. He stylishly accompanies any player or group and, without breaking stride, performs with stunning virtuosity as a soloist. His work is rich in detail, pure in sound, and technically impressive. His long list of accolades as a performer is unprecedented; he may be the most popular bassist there is. A lean six feet four inches with a mixture of pride and courtliness, Ron displays an elegant calm on stage as well as off. He has created music with consummate skill for more than forty-fi ve years, apparently without rumpling his tasteful suits or raising a serious sweat. In the early 1960s, he performed throughout the United States in nightclubs and concert halls with Eric Dolphy, Jaki Byard, and Wes Montgomery, then toured Europe with Cannonball Adderley. He was a member of Miles Davis’s now classic quintet from 1963 to 1968, along with Herbie Hancock, Tony Williams, and Wayne Shorter.

Ron was among the few bassists who continued to play acoustic bass when many turned to electric bass. “It was a conscious choice,” he says. “I felt a responsibility to present a viable alternative to the popular electric sound.”

One of Ron’s chief traits is that he creates bass lines so harmonically and rhythmically rich that soloists must go far to respond to his challenge. As he puts it: “A good bassist determines the direction of any band.” Often Ron uses gonglike tones and glissandos in his work. Once his exclusive trademark, these sounds have now become part of every modern bassist’s vocabulary. When he fi rst formed his own group, the bass was not generally considered a lead instrument. Ron found a solution in the piccolo bass, an instrument one-half the size of a standard bass. He tuned the instrument so as to foster an unusual sound quality, one that stands out in an ensemble. Backed by a quartet of piano, drums, percussion, and an additional bass, Ron created one of the most distinctive and unusual jazz combos ever heard. 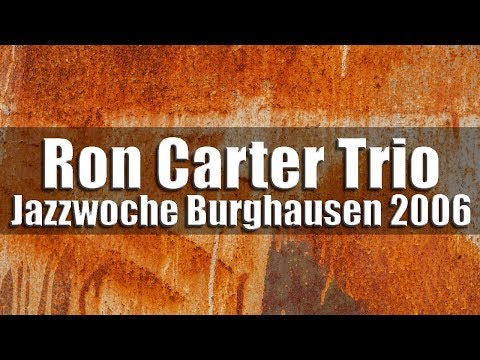