For more than three decades, Spyro Gyra has maintained a strong position at the forefront of the modern jazz world. The band’s debut album Morning Dance, released in 1979, included the title track that became a Top 40 single and proved to be the band’s breakout single. To this day, the Calypso-inspired track is still in heavy rotation on contemporary jazz stations across the country. Soon after the first album’s release, the band initiated a heavy touring schedule that has been in perpetual motion ever since. More recently, Spyro Gyra signed with Heads Up International in 2001 and recorded In Modern Times, an album that spent 64 weeks on Billboard’s Contemporary Jazz chart, peaking at the number two position. Two years later, the band released Original Cinema, followed by The Deep End in 2004. Both of these albums spent a considerable amount of time on the Billboard Contemporary Jazz charts. 2006’s Wrapped in a Dream cemented the band’s position as heavyweight contenders in the contemporary jazz arena, earning a GRAMMY nomination and wide critical acclaim. Spyro Gyra continued this momentum into 2007, releasing Good To Go-Go, an album that captures a more live groove with the help of new drummer Bonny B. Good To Go-Go scored two GRAMMY nominations in December 2007: Best Pop Instrumental Album and Best Pop Instrumental Performance (the latter nomination for the track “Simple Pleasures”). Most recently, Spyro Gyra added a new album, Down the Wire, to its voluminous discography, earning the group a GRAMMY nod for Best Pop Instrumental Album. Spyro Gyra has continued to remain an exciting and dynamic instrumental group, constantly pushing and exploring the boundaries of contemporary jazz. 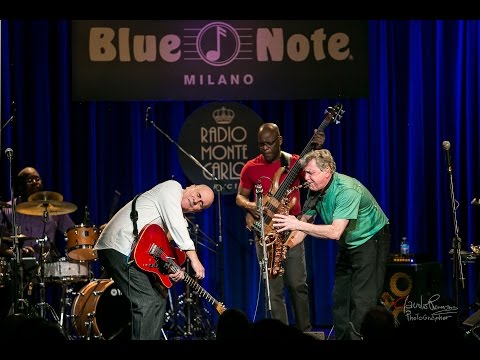