Sandra, who cut her teeth in Flamenco, throws itself confidently into tango, bossa nova, boleros and pop, with her new album “Océano”.

Sandra took on this venture surrounded by great musicians. Chuchito Valdés accompanies her on the piano, which allows her to make this jump with a safety net, as it is no small thing being taken by the hand of a musician of the calibre of the Cuban. It is not just that Chuchito is heir to the legendary saga of the Valdés family that would take credit away from him – it’s that the piano gives the music a cadence that smells of island and cigars. In turn, Javier Colina, considered the best double bassist on the current European scene, plays here as the link between Chuchito and Sandra.

“Océano” is, finally and above all, a “whole life” journey through the songs that now, through Sandra’s voice, have become an essential and indisputable benchmark. It is a journey through those songs that are always present in the collective memory and in the record collections in all households, and that now are interpreted in the voice of Sandra Carrasco, who will doubtless go on to immortalize many more Spanish songs. 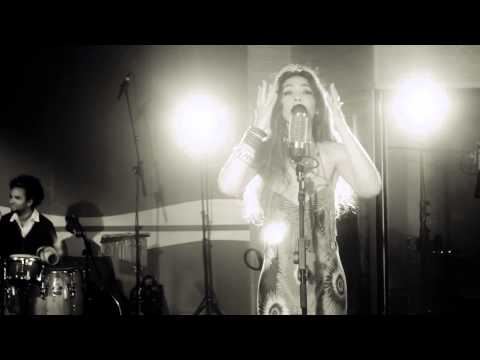