Instrumentalist and composer, founder of the Brecker Brothers Band, a six times Grammy nominated group, Randy has, for more than four decades, helped to shape the sound of Jazz, Rock, R&B, Funk, Pop and Soul with his trumpet and flugelhorn performances.
Since his recording debut, in 1958, HE performed in hundreds of albums by a wide range of artists from James Taylor, Bruce Springsteen and Parliament/Funkadelic to Frank Sinatra, Steely Dan, Jaco Pastorius and Frank Zappa through James Brown, George Benson, Stevie Wonder, Ringo Star, David Matthews, Charlie Mingus, Paul Simon, Eric Clapton, BB King and many others
After living for 28 years in Japan the percussionist, producer and composer Marco Bosco, met with Randy Brecker in 1999, in Tokyo, this meeting reactivated the interest and desire that Randy has always had towards Brazilian music.
Randy Brecker together with the Brazilian band Balaio will be performing together live for the first time the Grammy Award winning album “RANDY IN BRASIL”. The album won a Grammy for “Best Contemporary Jazz Album” in 2009.
The world tour will start in Brazil in August and will continue through Europe and Asia in October and November.
Balaio is composed by four amazing Brazilian musicians living in four different countries performing real heavy strong versions of instrumental Brazilian music valuing the rhythms and musical qualities of each of the four individual members. 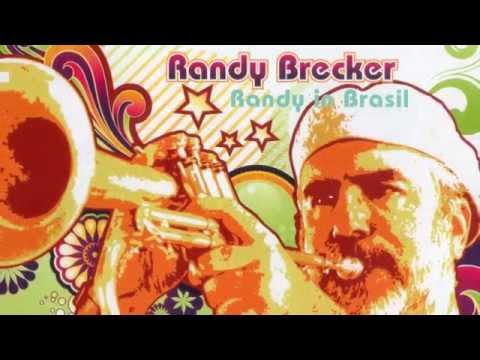