Guitarist Lionel Loueke chose to record GAÏA—his remarkable rock-infused fourth Blue Note album—live in the studio with an intimate audience in attendance. The purpose was to achieve a raw energy and reach a musical essence, and to that end he reunited with the two musicians who accompanied him on his 2008 Blue Note debut Karibu—bassist Massimo Biolcati and drummer Ferenc Nemeth—a simpatico trio that first formed when the three attended the Berklee College of Music in Boston together in the late 1990s.
“I always wanted to record this trio live” says Loueke of the sessions, which were captured at Sear Sound in New York City. “We were all in the same room with a small audience, no headphones, no isolation and no overdubs of course. It has a real live feel. It was a very special event.”
Loueke’s compositional mastery is evident in the construction of the 11 original songs presented here and the trio’s performances are extraordinary. “I don’t think we sound like any other trio on the scene today” says an understated Loueke. “I have been writing for this trio for a long time. They can handle every metrical challenge in my songs. There is an inside communication between the three of us.”
The musical dialogue on the album—which was produced by Blue Note president and GRAMMY-winning producer Don Was—pertains to the nature of the Earth and man’s effect on it, an urgent message at a time when the warning signs of global warming have become undeniable. In Greek mythology, Gaïa is the personification of the Earth, the mother goddess who birthed the planet and the entire universe. “She would be angry,” Loueke states bluntly. “We have not taken good care of her child.”
Praised by Hancock as “a musical painter,” Loueke combines harmonic complexity, soaring melody, a deep knowledge of African folk forms, and conventional and extended guitar techniques to create a warm and evocative sound of his own. His Blue Note debut Karibu (2008) featured guest appearances from Hancock and Shorter with his trio and was met with wide acclaim. Mwaliko (2010) offered a series of intimate duets with Angelique Kidjo, Richard Bona, Esperanza Spalding and Marcus Gilmore. Heritage (2012) was co-produced by label mate Robert Glasper and found Loueke exploring a more electric sound with a new trio featuring Derrick Hodge on electric bass and Mark Guiliana on drums.

In addition to albums with his collective trio Gilfema with Biolcati and Nemeth, Loueke has appeared on recordings by Hancock, Blanchard, Jack DeJohnette, Charlie Haden, Kenny Barron, Gonzalo Rubalcaba, and Joe Lovano, as well as contemporaries including Spalding, Gretchen Parlato, Kendrick Scott and others. He has also toured the world with Hancock and is a member of Blue Note’s 75th anniversary all-star band with Glasper, Hodge, Scott, Ambrose Akinmusire and Marcus Strickland. 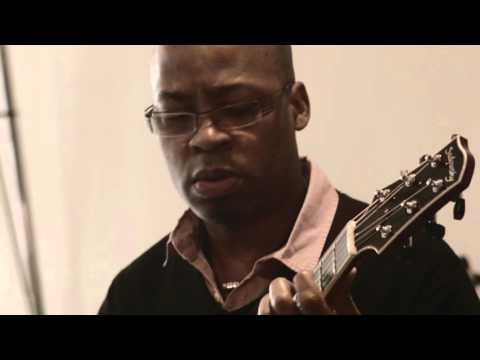